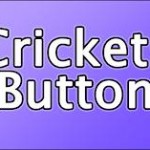 Yesterday’s announcement of the firing of Groupon’s CEO and the hope for a rebirth of the company’s business model brought to mind a post that I wrote a couple of years ago railing against the self-interested opinions of “patent experts” on why Google offered $6 Billion for Groupon in late 2010.  Re-reading the post in the rear-view mirror, it is more clear than ever that Google made the offer for the precise reason I set out below in December 2010:

Google, and other acquirers, buy business models, not patents.  As we strategy-focused IP people have been saying for years, a patent is worthless unless it covers a viable business model–either yours or one you want to own.  Google is interested in Groupon because it offers them an established business model in an area that fits into their long term business strategy.  Are the patents nice to have? Of course, but if Groupon didn’t have the patents, Google would still want to own them, and likely for a price in the same neighborhood as it bid.  At the end of the day, the Google’s offer for Groupon was a “build vs. buy” decision:  Google ran the numbers and believed that it would make more money buying Groupon than by building something from scratch.  And, I would expect that Groupon’s refusal to accept the $6 billion means that Google will look around for another company that has a similar business model, and these possible partners may or may not have patents.

Of course, we now know that Google did not buy another Daily Deals company but, instead, started its own version a few months after the acquisition attempt by launching Google Offers.  Even with Google’s powerful market share and the growth of the Android platform, this business has failed to thrive.  However, at the same time Google Offers is struggling, Groupon has been crashing, which points to the viability of the underlying business model, not the company that is operating under that model.

Further, to those “patent experts” who opined that Google paid $15.5 Billion to acquire Motorola Mobility’s patents–POPPYCOCK!!  As Techcrunch indicated at the time of the announcement, and as subsequent events revealed, Google shelled out that cash so that it could lay the foundation for its efforts to shape the future of the hardware products on which its software runs.  As a learning organization, Google realized that in order to predict and influence its continued ability to grow revenue, it had to have a say in what products were brought to market.  People seem to put a lot of relevance in Google’s decisions to close plants and shed itself of workers as proof the purchase was “all about the patents,” but this is flawed conclusion:  Google didn’t buy Motorola Mobility to continue making the lousy phones that wouldn’t sell.  So, it makes sense that Google is downsizing the manufacturing side of the acquired company.  Motorola has an established and mature hardware infrastructure that Google couldn’t build if it wanted to.  Even if Google could build the necessary expertise in house, the time it would take to do so would make that route a dead end given the speed with which the tech sector innovates.  With the acquisition, it bought into Motorola Mobility’s expertise and infrastructure and as a bonus, Google got a whole bunch of potentially relevant patents that they needed.  Looking at the acquisition from this framework, $16.5 Billion looks like a bargain.

My uncle, a small town lawyer, always told me “when all you have is a hammer, everything looks like a nail” and if the word “patent” is in your job title as an attorney, this is certainly the case.  When such siloed perspectives are compounded with lazy journalism, we get the ongoing problem of people still think patents create business value standing alone.  The truth is that patents–and other forms of IP and intangible assets–can be critical to allowing one to capture the value of a great business model.  Business people need to look at these as tools in the toolbox of value capture, not as a means to an end.  Significantly, patents cannot create value where there is none.  As Farhood Manjoo said in Slate, Groupon had a “crummy business model” and no patent in the world could help that fundamental flaw.  RIP Groupon and its patent(s).