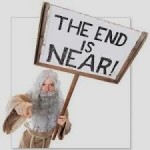 The data coming out of the district courts and the USPTO make it fairly apparent that the “Software Patent Apocalypse” may be here, at least for the foreseeable future. This result has been widely predicted since the US Supreme Court decided Alice Corp. Pty. Ltd. v. CLS Bank International earlier in 2014, but facts now are coming out to demonstrate that the next few years will be tough for those who seek to obtain patent protection for inventions that fall into the realm of software.

We saw initial data from the district courts a couple of months ago when Timothy Lee of Vox.com presented data showing that a number of software patents had been found invalid as failing to claim patentable subject matter (a “Section 101 rejection” to us patent types) under the Alice rationale in the few months after the decision. Lee’s take:

[T]he courts are sending a pretty clear message: you can’t take a commonplace human activity, do it with a computer, and call that a patentable invention.

Traditionally, patents making it to district court have not usually been open to attack on subject matter grounds. It was therefore somewhat surprising that after all the time and effort spent by the parties to get to court, these district court judges basically said “never mind, this isn’t really a patentable invention.” At a minimum, these decisions signaled that those seeking to enforce patents that looked like they might comprise content found unpatentable under the Alice rationale might wish to rethink their litigation strategies to focus more on settlement before trial. Nonetheless, the fact that the patents found invalid in the respective court decisions had to be decided on a case-by-case basis still would require the defendants to manage the risk and cost of litigation through trial, meaning that patentees still retained leverage to generate settlements from defendants. In other words, litigation opportunities for software patents were “bent but not yet bowed.” But, I no longer think this is the case for wide classes of software-related patents given data published about activities in the USPTO.

Recently, the PatentlyO Law Journal published an article analyzing data for withdrawn notices of allowance, where the USPTO reviewed these previously allowed applications subsequent to the Alice decision. Notably, these applications had successfully made it through the arduous examination process and stood ready to issue, but were nonetheless found not to be patentable under the Alice rationale. Not surprisingly, the article’s authors found that the applications most susceptible to being withdrawn were those covering business methods falling into class 705. However, the authors also determined that the withdrawals were not only a function of assigned classification but, rather, appear to be based on an expansive reading by the USPTO of the concept of “abstract ideas” as discussed in Alice.

So, what does this mean for software patents in general? The news is not good. Certainly, any issued patent falling into class 705 is highly suspect, of which I found more than 56K patents issued in a quick search. I would go so far as placing a presumption that any patents falling into this classification are now invalid, with the burden now placed on the patentee to demonstrate that the claimed subject matter remains patentable today. This will require the patent owners to request re-examination, an expensive and time-consuming process that will only be conducted for patents deemed to hold enough value to make it worthwhile to do so.

For patents in other classes, I think the news is still bad. At worst, we can surmise that any patent that contains claims including the term “general purpose computer” or any non-specific device or hardware that serves as an analogue to this term will carry a high likelihood of invalidity. At best, uncertainty exists as to a huge swath of patents that will affect their value in the marketplace.

The effects of Alice are certainly being felt in the patent monetization marketplace. In conversations with brokers, I am finding that any patent directly claiming a business method has an effective value of zero in the market. Moreover, patents that could possibly be found to incorporate an abstract concept have been flagged as problematic. As one example, I am working with a portfolio that was subjected to re-examination post-Biliski (i.e., the previous Supreme Court case dealing with “abstract ideas”) and, even though the subject matter was found to comprise patentable subject matter during that proceeding, the uncertainties generated fromAlice have slowed monetization of this otherwise-valuable portfolio markedly. Ultimately, I believe this portfolio will be found to be strong, but the market seems to assume that the balance of power has shifted to the “anti-patent” side, after many years of “pro-patent” activity in the US and it will take a bit of time for this to shake out.

What about future patents on inventions relating to software? The subject matter that is disallowable as falling into the category of abstract ideas (e.g., now-suspect classifications like class 705 and “general purpose computer”-type claims) should be fairly evident. The types of subject matter that will still be patentable are less clear, however. At a minimum, I believe that a premium must be placed on software patent drafting. As I will write about in a subsequent post, I think that many of the issues facing software patents today could have been avoided if basic drafting rules existing in patent law for 100+ years would have been followed by attorneys over the last 15 or so years. These rules exist for a reason, and patent attorneys seeking to obtain valid and valuable patents for their clients would be well-served by applying them in view of the Alice decision.

On a broader level, we should not expect the imminent demise of software-related patents. There will certainly be significant push back from large companies like IBM, Microsoft etc., that regularly generate patents with software-like features as an element of their business strategies. Indeed, the largest number of notice of allowance withdrawals found in the PatentlyO Law Journal were IBM, Ebay and Microsoft. The loss of corporate value resulting from the Alice decision will dramatically influence the bottom lines of these and other companies, and we should not expect them to give up their software patents easily. Moreover, the many patent professionals who earn their livings obtaining and enforcing patents in the software space also will not readily accept what will become greatly diminished value for their very lucrative professional services if software patents fall by the wayside. As a result, the “powers that be” will probably be successful in keeping software patents viable over the long-term.

The current uncertainty will nonetheless greatly affect smaller companies that would have previously sought patents to shore up their business strategies. For these companies, the currently unsettled nature of software-type patent validity could result in considerable risk that money and time expended today for patent protection that will likely fail to create realizable business value over the short term. More significantly, the back and forth regarding the appropriateness and viability of software-type patents between corporate America, their lawyers and the 3 branches of the US government will likely not be resolved for many years. Because most smaller companies do not have the resources to wait out this battle, their leadership must instead focus on strategies that are more likely than patents to allow them to create and maximize business value.