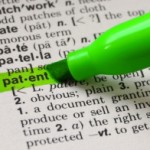 Many hold strong opinions on the value of patents to business.  Both in person and online, there are any number of “experts” who stridently insist that without patent protection, a company’s business goals are doomed.  With about 350,000 new patent applications filed in 2012, there is no question that many agree that patents create, and are even critical to, business value.  But, as the 2012 US presidential election cycle demonstrated, actual data can illuminate how expensive experts are often flat out wrong.  So where’s the “real data” that will allow business people to know whether a patent is the right decision for their company?   This information is likely even more critical for startup entrepreneurs, most of whom have no choice but to rely on self-interested expert opinion regarding the value of patents to their business.

Entrepreneurs who follow Lean Startup Methodology understand that decisions must be driven by validated data, not beliefs or opinions.  It would be great if a source of data existed that could illuminate whether and in what circumstances patents matter to new business ventures.  Unfortunately, little information exists regarding the return on investment businesses of any size typically can observe from investment in patents.  There are many reasons for this lack of relevant data upon which to base business decisions, the most pertinent being that data on patent value is highly speculative unless a patent owner itself reports the alignment of patent spend with strategic goals.  In my experience, only the most sophisticated patent filers collect this evidence in the first place, and even fewer companies report this information to the public.  Which brings us back to the “fox guarding the hen house” problem of patent experts insisting to startup entrepreneurs that patents are important to their business plans.

I have recently come across what I believe to be an objective source of real data that can provide a bit of insight into the ROI of patent filings.  An informal study by IP Strategy expert and consultant Suzanne Harrison in her book Edison in the Boardroom Revisited indicates that a group of large corporate patent filers self-reports that only 5 % of patents are considered to be “strategically valuable” to their respective organizations.  While the study does not define “strategic value,” we should understand this to mean that such patents provide the company with the ability to execute on corporate strategy, something that likely is associated with significant revenue capture.

Note that this data is self-reported, which to me means it is likely more strongly correlated with actual results:  the companies interviewed by Ms. Harrison disclosed their patent filing results for the purpose of sharing best practices with their corporate peers and the confidential nature of the data means that their respective management will not face discipline for their results, or lack thereof.  Indeed, the stunningly low 5 % number likely indicates that the companies interviewed by Ms. Harrison were honest about their company’s ROI on patent efforts.  In the absence more rigorous data on patent ROI, we can still use this data source as a starting point to discuss the value of patents to startup companies.

If these expert companies interviewed by Ms. Harrison–most of which include IP decisions at the C-level and have significant internal staffing of their patent matters–can claim strategic success from their patent filings only 1 out of 20 times, less resource-rich organizations must certainly wonder how patents can benefit their business strategy.  If I was a startup entrepreneur making a decision on whether to spend my scarce resources on patent filings, I would most likely see patents as a losing proposition and spend my money elsewhere.  But this could be a big mistake–patents may not be important to most business models, but for some, patents are critical to capturing value.  In other words, patents are rarely important, but when patents are important, they are REALLY important.

Large companies can expend the resources needed to file many patent applications which can effectively allow them to hedge their multiple bets on when patents may create strategic value.   Indeed, Ms. Harrison characterizes patent filings by the large corporations she interviewed as “options.”  Startup companies do not possess the resources necessary place many bets on “just in case” patent filings, however.  The low probability of strategic success might make it seem like a good idea for startup entrepreneurs to expend scarce resources on needs that appear to have a higher likely ROI than patent filings.  But what if a startup business model is one where patents are central to value capture?  Not filing for patent protection based upon what would appear to be a reasonable analysis of data would then have the perverse result of setting the business up for failure!  A startup entrepreneur must have a way to make data driven decisions about the value of patent filings specific to their own unique business model.

Fortunately, I think the issue of patents for starups boils down to a simple matter of reframing the question in the correct context.  Rather than to assume that a company is one of the large majority that does not need a patent, I think we need to shift the conversation about patents and other IP as it relates to startups.  For these new entities, startup entrepreneurs need to think about patents as a tool in the toolbox when it comes to execution their validated business model.  By business model, I mean the rationale of how an organization creates, delivers, and captures value.

In this framing, patents do not create value, they allow identified value flowing from a validated business model to be successfully captured.  Patents then become an ends to a means, not a means to an end, which necessarily puts the patent filing decision after the validation of the business model.  Patent experts will certainly vehemently advocate against delaying patent filing decisions and will have many strong legal reasons to filing early and perhaps often.   This viewpoint elevates legal risk mitigation above business risk mitigation, which may make sense for resource-rich organizations, but is nonsensical for startup ventures.  Think about it:  if your startup company files too early, you stand a very high risk that you will have patent coverage for a business model that generates no income.  In other words, you will have a timely filed patent application that is worthless because it covers an invention for which no one will pay.  Like I said, this is nonsensical!

As a patent expert who is also a startup entrepreneur (and recent convert to Lean Startup Methodology), I know that the risks of delayed patent filing are wholly manageable if entrepreneurs obtain adequate information upon which to base their decisions.  Moreover, for the vast majority of entrepreneurs who can benefit from patents, these risks will not increase as we move to a “first to file” system here in the US.   Lean Startup Methodology tells us that startups are different from established organizations and, accordingly, that they use different tools.  Delayed patent filing is one of the “different tools” that I believe makes sense for startups.   I will be writing about my thoughts on this and other IP-related issues for Lean Startup Entrepreneurs in coming weeks.  In the meantime, feel free to reach out to me.

One thought on “Do Patents Matter? Lean Startups Should Ignore Expert Advice and Let Their Data Drive Patenting Decisions”