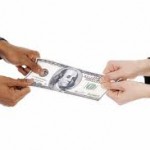 The threat of false marking lawsuits has garnered much attention in the IP business press in the last couple of years.  Companies of all sizes have been hit with qui tam actions (that is, suits brought by an individual or company on behalf of the US government to right wrongs done to the government, not the individual) where the basis of the action is the mis-marking of a product with an incorrect or expired patent number.  Like a gold rush, these lawsuits have resulted in a number of legal entrepreneurs seeking out products that are incorrectly marked–usually by identification of expired patents, which is an easy thing to find–and their bringing suit against the offending companies.  Indeed, there were over 500 false marking lawsuits filed in 2010, making this cause of action seem almost like a way for un- or under-employed patent lawyers to generate income after the rash of layoffs and firm closings in the last few years.

For patent lawyers representing corporations, false marking cases may seem like a pain for clients, but something which nonetheless leads to business if a suit is brought against his client.  But, in reality, the uncertainty raised by the current rash of false patent marking lawsuits are a big problem for many companies.  The possibility that a company might be sued by an unknown party with uncertain liability is something that corporations, especially those with resource constraints, do not need, especially in today’s economic climate.  Put simply, false patent marking lawsuits are more than a legal issue, they are an economic issue for corporations.

To put this into context, imagine the following exchange between the general counsel of a corporation and her outside patent lawyers:

GC:   My CEO is worried about getting sued for false marking and has instructed me to figure out what to do.  As you know, we recently found out we have more than 100 plastic molds in use in our plants that include the number of a long-expired patent.  It will cost us at least $1 million to replace all of those, and it will take months and lots of disruption to our company to get the change-over done.  We really don’t want to make the change if we don’t have to immediately, so I need to balance our potential financial exposure with the business cost.  Also, we are working on a new product line that where this plastic part will become obsolete in 2 years, so if we spend the money and expend the effort to change the molds to avoid racking up damages in a false marking suit, we may end up wasting corporate resources elsewhere.  What are we looking at if we get sued by a false marking troll?

Patent Lawyer:  Well, the statute says that you could be subject to $500 per occurrence, which the plaintiffs in these suits say is per mis-marked products.  You sell millions of plastic widgets a year that include the expired patent number, so your potential liability could be very high.  For example, Solo–the disposable plate and cup company–was sued for over $10 trillion (with a T!) for it’s cup lids, but the court did not rule on the merits of the case due to procedural issues. But, there are fact questions to be resolved before the amount of liability is even a point of contention, so at a minimum, the exposure from litigation expense could be in the $100’s K plus any agreed on settlement.  The plaintiffs in these cases are often lawyers themselves, or have lawyers on staff, and they bring many of these at the same time against different times.  So, they often will have markedly lower litigation costs than the defendant on a relative basis.  The playing field then ends up being fairly uneven for the corporate defendants, which is why these lawsuits seem to have become almost a cottage industry for what many of us call “false marking trolls.”

General Counsel:  Hmmm, my CEO won’t be happy about that, so we’d better settle early if we get hit by one of these.  What is the usual settlement?

Patent Lawyer:  Settlements are usually confidential, so we really can’t know what the “right” number is.  We’ll just have to cross that bridge when we get to it, I’m afraid.

General Counsel:  Yes, once again, when my CEO asks me a question about legal exposure, I get to say “It depends.”  And then she says “That’s why we business types hate dealing with lawyers.”  Good thing we’ve got a good relationship.

Patent Lawyer:  Let’s hope one of the false marking trolls doesn’t find you then.

General Counsel:  But we’re back to square one–should we spend the money and deal with the business disruption needed to change all of our plastic molds to remove the expired patent number?

This hypothetical exchange is probably fairly common.  As I have written about before, monitoring patent marking within a large company with lots of products is not a trivial task.  Moreover, when it makes sense only to mark the patent number on a product itself at the point of manufacture, such as by having the number engraved within a plastic mold intended to last many years, removal of an expired patent number becomes an expensive, time consuming and potentially disruptive process.

Of course, the patent number could be left off of the product at the point of manufacture, but this gives rise to a whole other set of issues.  The patent marking statute says that in order to obtain patent damages for acts of infringement occurring before the infringer receives notice of the patent or is sued by the patent owner, the patented product must be marked with the patent number(s).  This means that if the patent owner does not know about the infringement for some time, she will likely not obtain damages for those products in the market prior to starting action against the infringer.  In many situations, these damages could be the primary reason that it makes sense to bring a lawsuit because many companies cannot afford to justify the costs without there being a potential financial reward at the end of the process.

The net of all this is that the current state of the patent world as it relates to false marking is wholly out of alignment with the intention of the statute in the first place:  to give reasonable notice to the marketplace that a product is patented.  The patent statute was not intended as a “hunting license” to collect a bounty against those who inadvertently placed a wrong patent number on their products or who for a number of reasons sell goods with an expired patent number printed on them.  With regard to the former, others could be misled by a mismarking because it might not be clear that the product was or was not covered by the patent.  If the manufacturer intended to mislead, such as by enticing a consumer to purchase a “patented product” or by a competitor’s changing of their product designs to avoid infringement when there would otherwise be no liability, there should probably be a cause of action for false patent marking because there is a reason to deter such action.  However, with an expired patent, there should not be a cause of action for false marking.  In this latter situation, no reasonable competitor or member of the public would be misled by the presence of an expired patent on a product because one can check the US Patent Office to see whether the patent is live or not.  So, it makes little sense for there to be a cause of action–whether qui tam based or otherwise–for mis-marking based on an expired patent.

Does this mean that manufacturers should not be motivated toward removing expired patent numbers from their products?  Yes, they certainly should, but the market should define the penalty for this, as neither the US government or the public is harmed by this type of mis-marking.   Where there is no harm, the false marking statute effectively devolves into a punitive penalty for a manufacturer.   Why should a random member of the public who is not harmed by the mis-marking–that is, a false marking plaintiff, who by definition knows that the patent is expired–be permitted to collect 50% of this penalty in a qui tam action?  When drawn out to its logical operation, the false marking statute is nonsense when applied to expired patents.  Indeed, this penalty effectively makes the false marking statute a strict liability offense with respect to expired patents, which the Federal Circuit has previously ruled that the statute is not.

The good news is that change is likely on the horizon.  We are currently seeing challenges to the constitutionality of the false marking statute winding their way through the court system.   A district court in Ohio has recently ruled the statute unconstitutional, and the Federal Circuit has been asked to take up the issue by the Cato Institute, among others. While I think the false marking statute will likely remain constitutional in some of its applications, I believe that the Federal Circuit will significantly restrict its application such that it stops effectively being a bounty for inadvertent mis-marking with immeasurable damages that perpetuates claims to extract settlements.  Also, as I have written about here, we are starting to see cases transferred; a review of Pacer demonstrates that other transfers are occurring.  These transfers will make it more costly for false marking plaintiffs to bring these lawsuits, so we should see some further settlements.  Lastly, but certainly not least, Justin Gray, of the Gray on Claims blog–who has been out in front of publicizing information about false marking cases–has recently published a list of settlement amounts as a result of Freedom of Information Act requests (which are proper because the US Government is a party to these lawsuits).  This information about settlement amounts arguably reduces much of the power that false marking plaintiffs have over potential defendants:  uncertainty.   We could also see Congress act to amend the false marking statute, but this is a longer shot.

At any rate, I think we will look back at the last couple of years of false marking lawsuits as an aberration resulting from “entrepreneurs” seeking to take advantage of a loophole in the US patent laws that allowed folks to create a business model from litigation.  And, this will be good news for business.