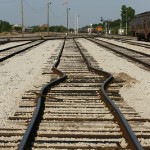 It is fairly rare for patents to make hit the radar screen of mainstream news outlets but, recently, there has been much space allotted to the issue of patent mis-marking and lawsuits being brought by third parties for “violation” of the law requiring that products cannot be marked with an incorrect patent number.  Indeed, the usually substance-free local paper in my mother’s Southwest Florida community reported about the flood of patent mis-marking lawsuits.  And, it is no wonder that the undoubtedly arcane issue of patent marking has reached the status of “news” in a small-town paper given the huge number of cases currently pending in the federal courts.  It seems as if patent marking litigation may be the new business model for trial lawyers who are looking for a new “gravy train” to extract substantial legal fees from corporations whose activities violate the letter (but not necessarily the spirit) of the law.

First, an explanation:  U.S. patent law expressly dictates that products should be marked with the number of patent(s) with claims that cover that same product.  If one does not mark the product, the patentee cannot obtain damages for infringement that occurs either prior to its giving “actual notice” to the infringer (such as by letter or the like) or its bringing of a lawsuit. Moreover, the patentee cannot obtain damages for infringement occurring before actual notice to the infringer. The marking statute not only sets forth and affirmative duty to mark a patented product, it also provides punitive measures for inaccurately marking a product with a patent number.  Specifically, the law states that false marking is punishable by a fine of up to $500 per occurrence.

It is this punitive provision of the law that has given rise to the flood of lawsuits in the last couple of years.   A cynic might view these lawsuits as a new business model for trial lawyers who are feeling the pinch of decreased patent litigation suits.  Others might feel that there is no reason to shed any tears for corporations that cannot get it together enough to mark their products with their patent numbers–that is, how hard can it be, right?

In truth, under existing corporate IP paradigms, it is quite difficult to mark products  correctly.  This blog post provides a practitioner’s eye view to why this is the case.  ( Those seeking more information about the specifics of patent marking should look here and here.  For more on the details of the third party marking lawsuits making the news lately, check here .)

While it might seem like a rather simple matter to mark a product or its package with the right patent number, in most companies, patent functions are far removed from the day to day grind of actually getting the product out the door.  Patent filings likely occur several months or, more commonly, years before go-to-market activities begin.  It is this lack of alignment between the business and patents that forms the crux of the reason why corporations are so susceptible to false marking lawsuits today.

At companies where outside counsel handles patent matters, it is possible–and often highly likely–that the patent attorney doesn’t have a clue that the patent application that they are working is even related to an actual product made by the client.  Indeed, as outside counsel, when I sent clients notice of a granted patent, which served as the measure of the success of my efforts on behalf of my client, I always added a boilerplate paragraph in the letter reminding of the requirement of mark any products covered by the issued patent.  My obligations in this regard were dictated by malpractice considerations:  my client paid for my advice, not for me to make them follow this advice.  In retrospect, it is highly unlikely that any of my clients actually acted on my admonishment to mark their products.

For companies that handle patent matters in house, one might be inclined to think that communication about patent marking is better, but this is often not the case.  But, you might be surprised at how few companies mark their products, and of those products or packages that included patent numbers, how many of those patents might be expired or wholly unrelated to the actual product being sold.

As one example of the realities of patent marking in a corporate setting, when I was outside counsel, a plastic product my client made was marked with the number of a patent that had expired several years previously.  When I tried to address this situation, the company’s manufacturing group rebuffed me, as is would take significant effort and expense to rectify the situation because countless numbers of molds would need to be re-tooled.  A “quick and dirty” cost/benefit analysis indicated that it did not make sense to fix the marking problem on this product.  While a false marking lawsuit could occur, no one with decision rights to rectify the situation cared to do so.

In another example, I am almost embarrassed to say that my in-house client–who was also a good friend–had little understanding of what patents covered his company’s products.  When he joined the corporation, which was a consumer goods company, he acquired responsibility for a mature patent portfolio.  Because his predecessor attorneys did not work closely with the marketing and manufacturing arms of the company, no accurate records existed.  When he decided to undertake a project to fix this problem, he spent several weeks reviewing the claims of my patent portfolio and trying to match them up with the products.  This is easier said than done:  unless you have tried to figure out if a coating formulation used at distant manufacturing facilities has the percentages of ingredients required by patent claims, you would likely not understand the scope of such an endeavor.   Even the R&D managers were often little help because once the product left their responsibility, there was no telling how manufacturing had modified a formulation specification to meet process, cost and quality controls.

For those products that he was able to match up with patent numbers, he quickly found out how hard it is to change the packaging of a product already in the market, let alone finding the people with decision rights to make this happen.  The products my friend had responsibility for ensuring their marking were made at multiple facilities throughout the world, each with individual supply chains and management, and it was a huge challenge to even identify where product was made, let alone get the attention of a plant manager who likely saw the in-house attorney as just another lawyer making his or her job more difficult.  Of course, this would not have been the case if my friend’s efforts had the support of upper management, but, at the time, patents were the least of their worries.

After spending several weeks on the remedial marking project, my friend decided it was better to spend his time trying to correct patent numbers only when a new package was being approved by legal.  Fortunately, a sympathetic marketing V.P. was able to include my friend’s review and approval as part of the legal sign-off for new packaging, but this was not a foregone conclusion.  Few people in the corporation knew or cared about whether our company’s products were covered by patents.

My friend left the company over two years ago, and his efforts to generate a competent patent marking program stopped at that time, as his patent colleagues–including the department head–seemed unconcerned about knowing whether the company’s patents actually covered products in the marketplace.  Without such knowledge, proper marking by definition could not occur.

It would be easy to blame this experience with failure to mark on incompetence or dysfunction specifically attributable to this company, but this is not the case.  Over the years, I have reviewed countless numbers of products and packages marked with patent numbers.  Many–perhaps a significant minority–displayed wrong patent numbers.  One of my favorites in this regard is the hand dryers in many public bathrooms, all of which, even the newer looking ones, include the numbers of patents that expired in the 1970’s.

In my opinion, false marking will continue to be a common occurrence until patent matters are elevated to a prominent position in corporate America.  Only when corporate managers think of patents along with other business matters, will it be more likely that product packages will be marked correctly.  For most companies, false marking is only a symptom of the larger problem with patents in corporations:  a critical lack of alignment between business and IP.

While I find it unfortunate that “trolls” are seeking to strike it rich by bringing false marking lawsuits, I do believe that these legal challenges may result in increased awareness of patent matters by those corporate managers who do not currently think much about patents.  And, when these managers direct their IP staff to ensure that proper marking is occurring their organizations, they might be surprised how few of their company’s patents actually cover their products.  So, in summary, from my vantage point as an IP Strategist–that is, someone who no longer gets paid to obtain patents irrespective of their alignment with my clients’ business–I think the false marking suits might be a good thing overall.

8 thoughts on “Much Ado About Patent Marking: Why It is So Hard for Corporations to Get It Right and Why False Marking Lawsuits Might be a Good Thing Overall”