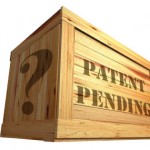 A recent article in TechCrunch indicates that entrepreneurs are less likely to file patents than in the past.   Nonetheless, there remain countless patent lawyers and agents who will argue convincingly that an entrepreneur must obtain a patent in order to succeed and who will take their $5-15K to file a darned good patent application that won’t provide them a bit of business value in the long run. Even worse, the resources expended in the patent process robs the entrepreneur of needed cash that will allow them to gain customers, and of their most valuable asset: time.  But when the only tool you have is a hammer, everything looks like a nail–which is why those still in the business of writing patent applications will continue to make their case to entrepreneurs (and investors) who lack the domain expertise to know better.

Now that I no longer make money obtaining patents–instead, I am the CEO of a startup battery charging company–I understand that patents are generally a poor way for a startup company to expend scarce resources.  I rarely, if ever, recommend that my startup colleagues file for patent protection for any tech/web-based ventures.

Further, when asked what they should do with their pending patent application, my regular advice is to let it die.  Why? Darned near all successful startup companies change their business model not just once, but multiple times prior to achieving success–that is, by the time they find paying customers.  As a result, by the time the Patent Office reviews the invention, the patent application filed 18 or more months ago is rarely relevant to the way their business is being conducted today.  In other words, their initial business idea may be patentable, but it didn’t surround a business model that anyone cared about after customer discovery efforts were conducted.

For those very few startup companies that hit on a valid business model out of the gate, success will breed copycats.  The patent filing gives a road map that likely will be designed around or with the steps performed outside of territorial boundaries so as to avoid infringement liability.  The successful startup has thus provided its competitor with a lower cost way to enter the market that it created.

Even if there is ultimately infringement liability that can be pursued, time and again good startup businesses are made lame by getting tied up in patent litigation.  I think that Vonage is a great example of this:  consumer adoption of VOIP  was retarded due to the focus of Vonage’s management on being a defendant in multiple patent litigations.   Only when Vonage settled litigation did it have the ability to focus on gaining customers instead of burning cash on legal fees and settlement costs.   No reasonable startup should base business success on the ability to prevail against a competitor after spending millions on litigation–especially when adding the opportunity costs and market uncertainty that results from such a business strategy.

This is not to say that SOME startups–such as those in the business of making tangible things that can be cleanly and broadly described (e.g. semi-conductors, chemical compositions and my own startup)–do not crucially need patents, but certainly we are in the minority since most new companies today are based upon developing new business models, not in making products or technology that goes into products.

When startup entrepreneurs come to me for advice about whether they should get a patent, I make sure they understand how having a patent would benefit them in the long run, and usually the consensus is that it will not.  For those who are concerned that an investor might want to understand their patent strategy, I let them know that not getting a patent is a patent strategy if you make the decision for clearly articulated business reasons.  In other words, a patent is only one of the many tools available to the entrepreneur who is seeking to build a sustainable and valuable business model.

Historically, patents have operated as a “black box” for everyone other than patent professionals.  If a patent attorney says “you need a patent,” then the entrepreneur had no way to stress test that recommendation against her peers.  As more articles like this one in TechCrunch reach entrepreneurs, I am hopeful that more startup folks will be able to decide for themselves whether patent protection makes sense in the long run.

One thought on “Patents–Who Needs Them? Not Most Startup Entrepreneurs.”