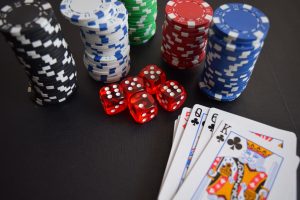 Achieving meaningful revenue through licensing by startup entrepreneurs can be for all intents and purposes a “unicorn event:” much discussed, but rarely achieved. Notwithstanding this reality, a significant number of startup entrepreneurs who seek to engage me for IP Strategy and patent development consulting assert confidently that their necessity for a patent is based on a business strategy of licensing (or selling) their protected product or technology to an established company.

This is not surprising because it is embedded in the DNA of much of society that “if you build a better mousetrap, the world will beat a path to your door.” Late night infomercials featuring famous people and entrepreneur “hero stories” in the press also bolster this conviction. It is certainly heartwarming and inspiring to believe that an “Average Josephine” can become rich solely on the basis of their patented idea. But, the truth is that few established companies license (or buy) patents from the general public.

And, why should they? Established companies maintain internal R&D and marketing organizations with the singular responsibility to develop successful new products that are desired by customers. Acquiring innovations from outside of the company means that employees, who are trained, credentialed, and paid for their technical, product, and market expertise, could not adequately do their jobs. In short, the decision to acquire externally developed technology could inherently mean that internal development efforts failed at that company.

As an example of this premise, I consulted for entrepreneurs with patented technology that provided an immediate savings of $1,000,000 a year to a manufacturing operation at an established company. Notwithstanding this unambiguous value proposition, which was being enthusiastically pushed by business team, the technology was rejected virtually out of hand by the R&D manager as “too risky.” The R&D manager held decision rights to approve the technology, and he was able to prevent an otherwise profitable idea from being implemented in the company. Unfortunately, I was brought into the project only after the R&D manager had “poisoned” the idea in the company, and I was unable to help the client execute a patent license. Since this was a technology with a very small manufacturer base, the entrepreneurs were left with an unlicensable patent in which they had invested more than $10,000. This example illustrates that the decision makers at many established companies are often, in economic parlance, dis-incentivized to go outside their facilities to acquire new products.

Certainly, some companies in recent years have expressed interest in acquiring ideas from the general public in the “Open Innovation” context. I spent considerable time several years ago as a consultant and author in this space. The premise of Open Innovation was exciting to me, at least because the framework purported to realign the incentives to motivate employees to look outside their organizations to identify externally developed ideas that could be brought in to help meet corporate goals. Notably, it was expected by many of us that Open Innovation could result in successful corporate product development without the typical cost and effort needed to bring an idea to commercial fruition solely through traditional “Closed Innovation” models. Unfortunately, I found that few have been able to successfully execute on this business model at a corporate level, notwithstanding the initial hype that Open Innovation could be a cure-all for companies seeking to identify and deliver profitable innovations to their customers.

One reason for this failure is the inability of established companies to properly incentivize risk taking. Placing big bets on new innovations developed outside the company necessarily requires a few people to stick their necks out as the advocates of this unproven technology. This small group will necessarily have high visibility and, if the project fails, they will be easily identified as the reason, a fact which could be perceived as being harmful to their careers. In contrast, when internally developed innovation projects do not achieve the projected results, the failure will typically be spread throughout the organization, with the failure effectively resulting from “group effort,” which will likely not harm the career of a specific individual on that basis alone.

Moreover, if someone passes on an external developed innovation opportunity, but a competitor successfully implements the technology, it is highly doubtful that the first person will ever be held accountable for passing. Thus, corporate realities can make it more beneficial not to take a risk if one’s career might be at stake for bringing the technology inside, whereas little career risk exists if a person does not take the risk.

Besides the inherent obstacles posed by organizational constructs, most ideas submitted from the general public, while often quite creative, are flawed in some way that makes them unacceptable for implementation from the outset. For example, a product embodying a patented idea may require purchase of new capital equipment to manufacture or it may not fit into existing shipping containers. Recently, a client’s breakthrough polymer innovation was rejected by a multi-national vertically integrated company because implementation of the technology would cause the revenues of another part of the company to decline because internal supply chains would be disrupted. Ideas that do not align with the existing business models of established companies will likely be rejected from the outset. In short, even good product ideas will be passed on if they do not fit perfectly with the company’s needs, supply chains, distribution channels, and customers in the form they are presented at an early stage.

But there is a way for startup entrepreneurs to beat the odds and be successful in licensing patents protecting products or technology into established companies. This can happen in two primary ways: 1) the startup company develops the idea into a product that shows promise in that customers exist today and will continue to exist in increasingly larger numbers in the future (i.e., the startup has validated a business model); and 2) there is an existing customer/market where revenues can be enhanced by integration of the startup’s innovation into the established company’s products.

The first situation will occur if the startup entrepreneur does the hard (and expensive) work of developing the idea into a product and successfully brings the product to market, at least at an early stage. A license could then result if an established company seeks acquire that validated customer or market where the patent protection is necessary to gain access to that customer. Typically, the licensee company will see that the startup’s customers can be scaled in a way that will generate a desirable revenue stream at a much lower cost than building a competitive product. When the customer value proposition, and not just the product delivered to customers, is broadly protected by the startup’s patents, the established company will license the patent (or acquire the startup outright) to generate revenue (or an exit) for the startup entrepreneur.

The second situation will occur when an established company with existing customers and market expertise seeks to satisfy an unmet need in their portfolio by acquiring an innovation that fills a gap or that enhances their product offerings. In one example of the latter situation, I represent an imaging company that streamlines the matching of a medical device to a patient who needs a therapeutic treatment applied by the device. The medical device itself is a commodity product sold by a number of companies. My client’s protected imaging technology will provide a proprietary advantage to any medical device company that licenses the patents and know-how by enhancing the ability to select the correct size of medical device for an individual patient. Indeed, my client has already executed one license with a medical device company for a considerable sum. The overall value of my client’s technology in the market is shown by the fact that the license is non-exclusive, and license negotiations with other companies are now underway. Notably, this client has been developing and validating the imaging technology for the 2 plus years, and the current patent filings from which licensing revenue is being generated was only identified after a substantial pivot from the original business idea. This pivot necessitated additional patent applications to protect the insights developed from ongoing technology and customer validation efforts, and the first patent application we filed is likely of little value today. Put simply, if the client had relied on her original patent protected idea as a revenue generation model, she would have no value today, but with her 2 plus years of effort, she now has a very valuable business.

For each of these two scenarios, is it not an idea that is licensed. In a crucial distinction, the licensee is buying access to a new product or innovation that aligns with a validated business model for which there are profitable customers. In other words, it is the business model that is protected by a patent that generates value for the entrepreneur, not the patent itself. When broken down into this framework, it should be fairly clear why licensing does not occur as often as conventional thought would make it appear.

Because of the lack of correlation between patent acquisition cost and business value generation, I do not take on any startup clients for IP Strategy and patent drafting consulting unless they can first demonstrate to me that they have identified a business model that is enhanced by patent protection. If “bare patent licensing” is their business goal, I try to convince them that there are likely better ways to spend their money. Certainly, they should not cash out their 401(K) or spend their inheritance on patents, as I have sadly seen all-too-frequently. So, if someone is determined to get a patent absent a validatable business model, I cannot stop them. There are plenty of patent folks who will take on a matter for a client regardless of whether the client may be able to generate revenue from the patent. Some may even generate a very competent patent, albeit one that will likely be worthless to the client from a business perspective. This is a tough reality for startup entrepreneurs to accept, but going into the patenting process with open eyes is a lot better than the alternative. At a minimum, startup entrepreneurs seeking patents for the purpose of licensing to established companies would be well-served by asking their patent attorneys how many of their clients have been successful in doing so in the past. They might be surprised by the answer they receive.